Who are the best Batman villains? The Dark Knight. The Caped Crusader. Batman. DC’s brooding vigilante has amassed many nicknames over the years as Gotham’s watchful protector, defending the innocent from hordes of criminals who have overrun the city he loves. Countless writers, artists, and filmmakers have unwrapped his tortured psyche in a number of ways over the years, but we all know the good stuff doesn’t come from the Bat-Cave, it comes from his villains.

Sure, Bruce Wayne is an interesting figure in the DCEU, but some of his enemies are so damaged and warped that they’ve almost become as popular as the Dark Knight himself. Just look at the rampant speculation which goes hand-in-hand with every new film based on the hero. In Matt Reeves’ The Batman, Paul Dano is donning a Zodiac-inspired look for this noirish take on The Riddler, but rumours are already swirling that one cast member is secretly playing the Joker.

See? We barely got two paragraphs into this without mentioning the Clown Prince of Crime himself – because he and Batman are two sides of the same coin (just to borrow from Two-Face for a second). But because Arkham Asylum is filled with a stunning array of other enemies, it’s time to look at the best Batman villains.

Who are the best Batman villains? 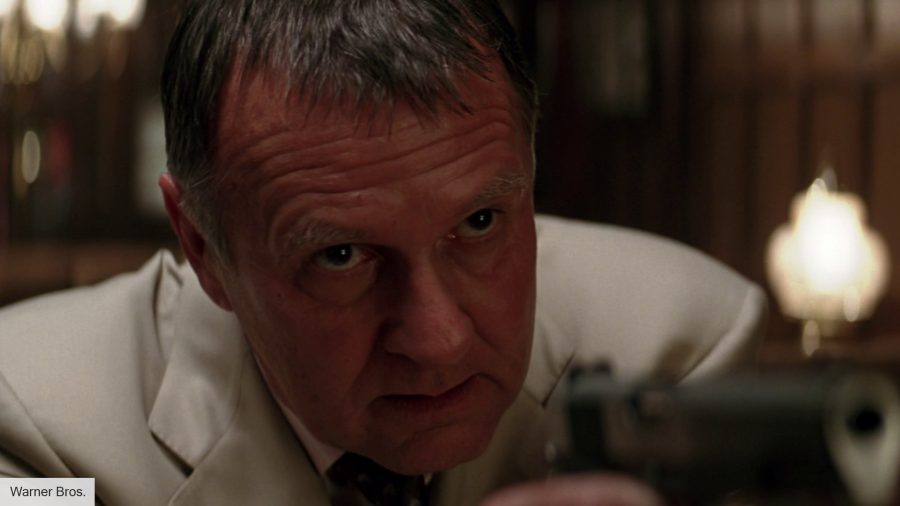 Let’s start with someone street-level: Carmine Falcone. He’s one of the most powerful mob bosses in Gotham City and has most of the GCPD on his payroll. In the comics, he’s Bruce’s first target in Batman: Year One because of his grip over the city and its criminals. He’s the logical place to start for any costumed vigilante.

Falcone doesn’t need an absurd costume or a deranged agenda; he just wants to bleed Gotham dry for all it’s worth – which easily earns him a spot on this list. Tom Wilkinson does a great job of showing Falcone’s power in Batman Begins before another member of this list usurps him, but we’ll get to that later. 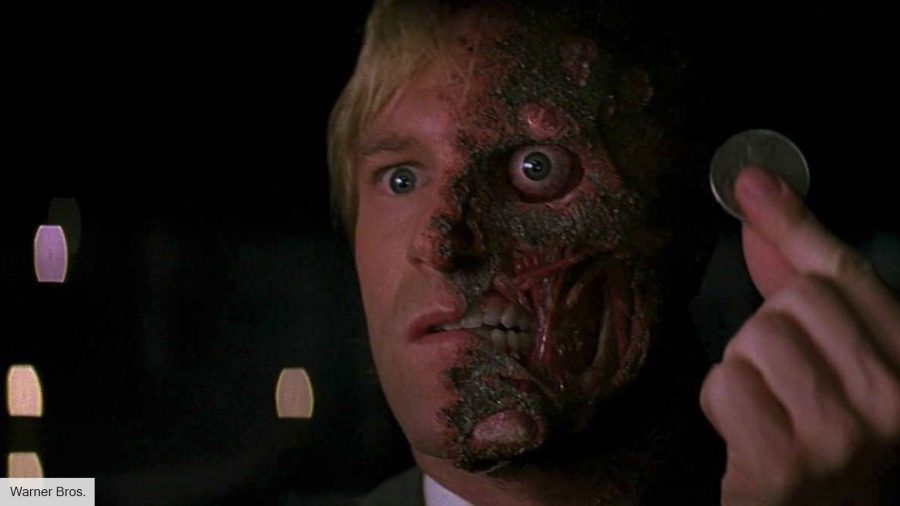 Harvey Dent is another famous member of Batsy’s rogue’s gallery, and he’s largely so important because he’s proof that the city’s darkness can corrupt even the best of Gotham. Aaron Eckhart plays him in Christopher Nolan’s The Dark Knight, and he perfectly captures Harvey’s good side for most of the film.

He starts as a symbol that Batman could be irrelevant if the right officials are dedicated to crime-fighting. But when he gets caught up in Joker’s schemes, he winds up becoming yet another agent of chaos. Two-Face is pretty terrifying, not just because he’s unhinged after Rachel Dawes’ death, but because he’ll happily kill anyone if his lucky coin dictates it. 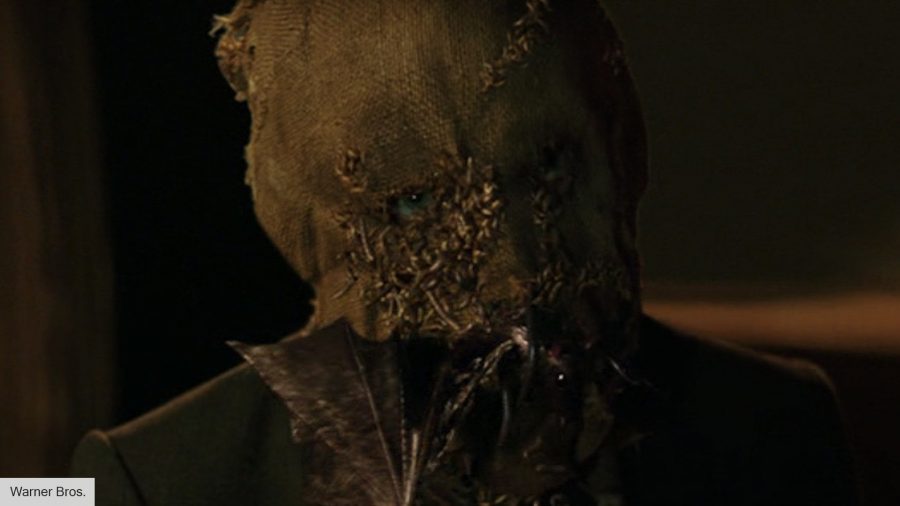 Oh, Jonathan Crane. You wonderfully insane doctor, you. Scarecrow is a psychiatrist obsessed with the effects of fear and what it does to the human brain – it’s a fascinating concept for a villain who sticks a burlap sack on his head.

The enigmatic Cillian Murphy plays him in Batman Begins, and he shows how fear can pull a city to its knees. His fear toxin turns his victims into quivering cowards as they see a warped version of reality – and Scarecrow’s maggoty mask is a big part of that. Gross. 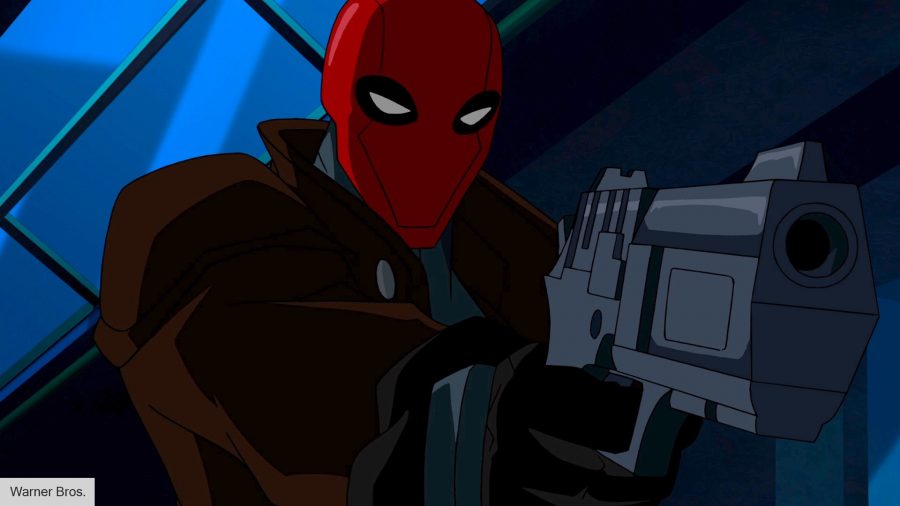 Jason Todd, my poor misunderstood boy. For anyone not familiar with Red Hood, he’s a former Robin who dies at the hands of the Joker – only to come back to life after a dip in the Lazarus Pit. After Ra’s Al Ghul (we’ll get to him) heals the damaged lad, he makes a beeline for Gotham to take revenge on both the Joker and Batman himself for not avenging his death.

He dons the identity of the Red Hood, and quickly wrestles the criminal underworld under his control with lethal force. The animated movie, Batman: Under the Red Hood, does a perfect job of exploring how damaged Jason is after his ordeal, and it’s absolutely worth your time just for Jensen Ackles’ performance. 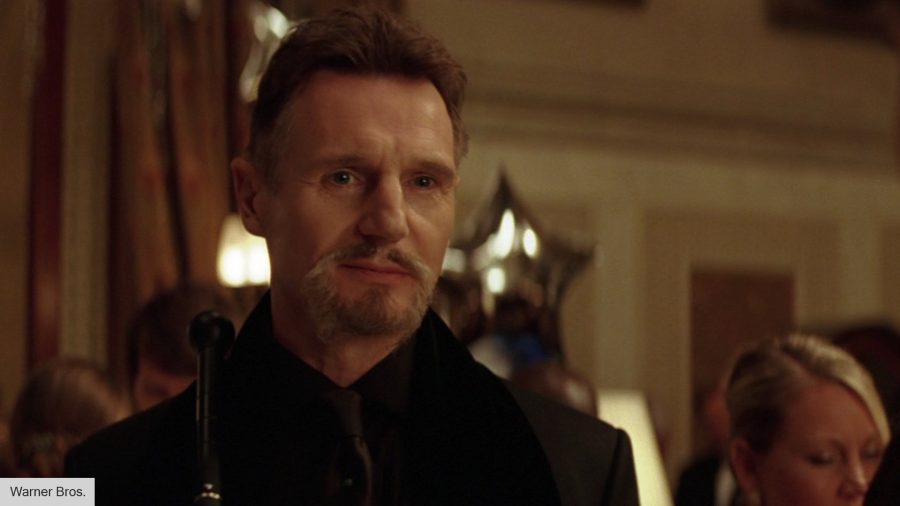 See, we got to him. Ra’s Al Ghul is a beguiling force in the DC Universe, as he’s one leading the League of Shadows — he’s also immortal thanks to the resurrection powers of the Lazarus Pit. In Nolan’s films, he’s masterfully played by Liam Neeson, who decides that Gotham has grown too corrupt and needs to be razed to the ground.

Make yourself more than just a man: Best movies ever made

Ra’s and Bruce’s conflict works a treat because they have similar thoughts about Gotham; it’s just that our bat-eared hero has more hope that good people can turn the city around. It’s a shame the series didn’t lean into the actual Lazarus Pit to properly bring Ra’s back, but he works well as a figment of Bruce’s tortured subconscious in The Dark Knight Rises. 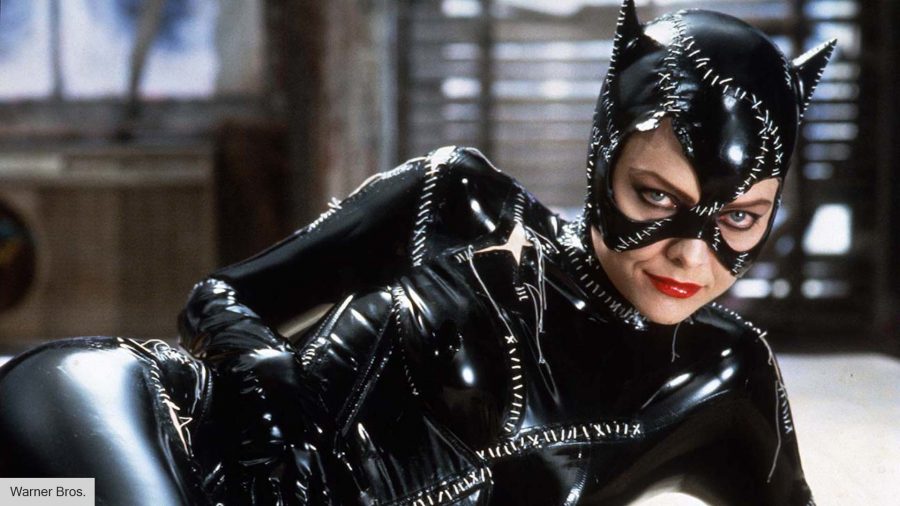 As soon as Michelle Pfeiffer stepped into her iconic leather suit to play Catwoman in Tim Burton’s Batman Returns, she was destined to be immortalised in pop culture. Pfeiffer’s Selina Kyle relishes in her seductive nature, knowing that she has everyone eating out of her claws.

She has an incredible dynamic with Michael Keaton’s Batman since they both understand the need to wear masks after going through trauma. Sure, Anne Hathaway’s goggles flipping up into cat ears is pretty cool in The Dark Knight Rises, but Michelle Pfeiffer set the bar incredibly high back in 1992. However, Zoe Kravitz’s version in The Batman has plenty of potential. 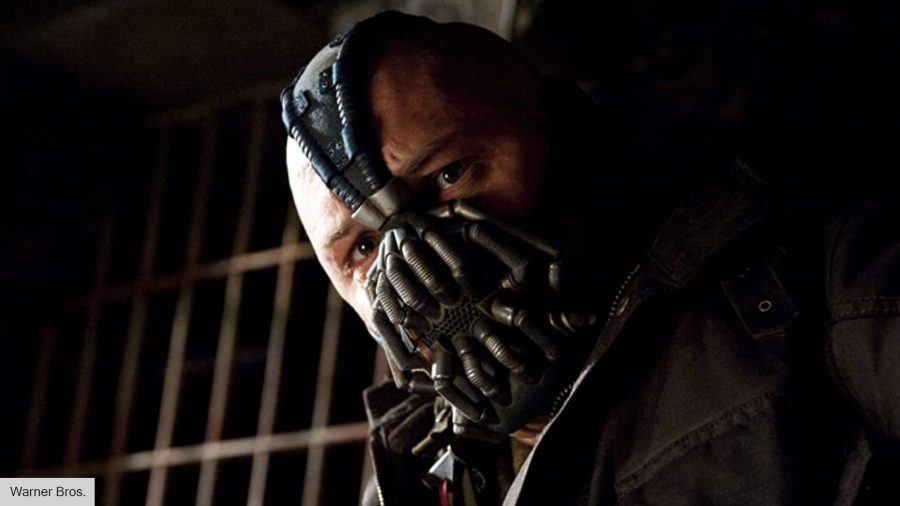 Of course, Bane was going to be on this list; he’s the man who broke the bat! Bane was already a beloved character in the comics and TV shows, but Tom Hardy’s transformative performance as the ruthless terrorist quickly became iconic. His masked voice has been imitated the world over, but he’s not messing around with his plan to wipe Gotham off the map.

Peace has cost you your strength! Best action movies

The Dark Knight Rises uses the No Man’s Land storyline to pay off the League of Shadows’ plan to burn the city to the ground, with Bane leading the charge. He’s proof that sometimes an enemy simply can’t be beaten with fancy gadgets. Bruce has to sacrifice himself (sort of) to stop Gotham from being destroyed in a nuclear blast. 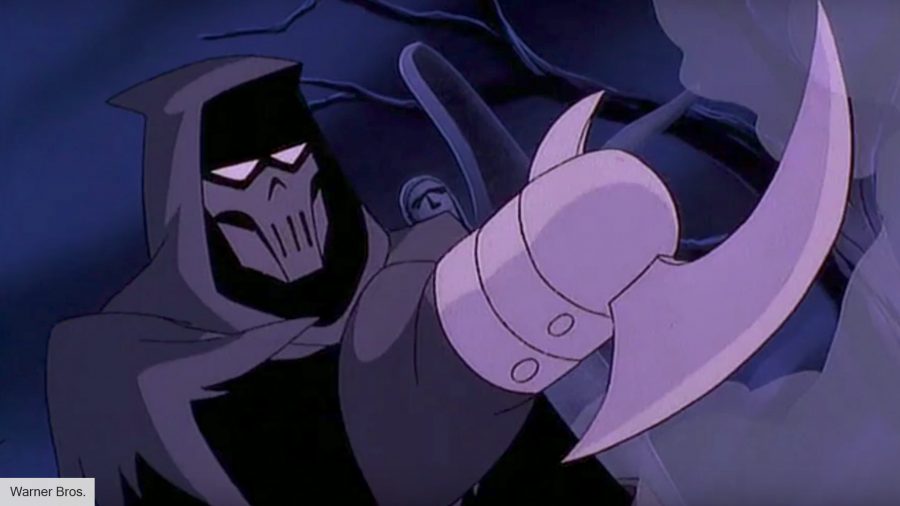 If you’re not familiar with the Phantasm, we highly recommend you stop reading, go watch the animated movie Batman: Mask of the Phantasm – then come back. Quite frankly, the Phantasm is one of the best Batman villains ever created.

The spooky-looking villain is actually wealthy socialite Andrea Beaumont, Bruce Wayne’s ex-fiance. She breaks off their engagement when a gangster murders her father, but she returns to the city as the Phantasm to wage war against the underworld because they robbed her of a happy life with Bruce. It’s such a fascinating dynamic to explore between Batman and one of his villains that it needs to be seen to be believed. 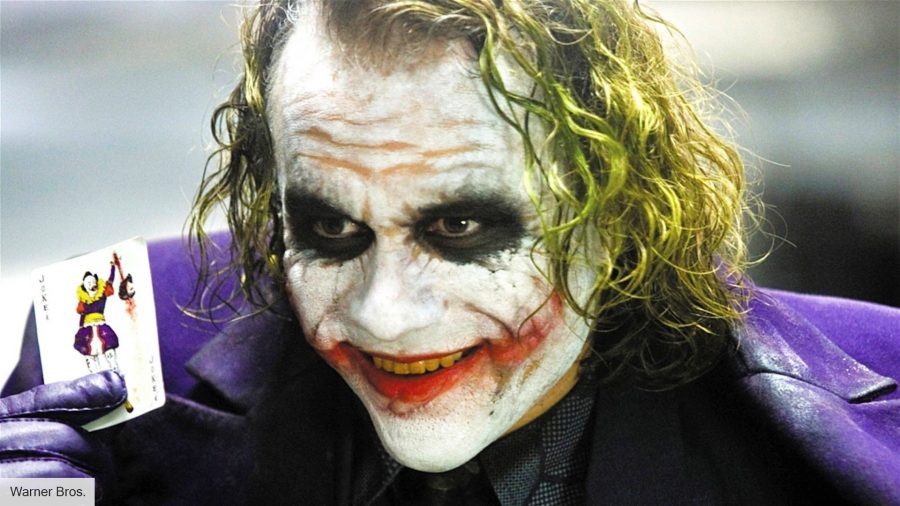 Okay, okay, we’ve finally got here: the Joker. He was always going to rank high on this list because he’s Batman’s eternal nemesis. Inspired by Conrad Veidt’s Gwynsplaine in the 1928 movie The Man Who Laughs, there’s something about the deranged clown which has struck a chord with audiences around the world.

The wonderfully deranged thing about the Joker is that he’s entirely open for interpretation. There’s Jack Nicholson’s clean-cut mafioso in Tim Burton’s Batman, Heath Ledger’s disturbed loose cannon, Jared Leto’s bling-clad gangster, and Joaquin Phoenix’s misunderstood comedian. No matter how you like your Joker, there’s something for everyone. 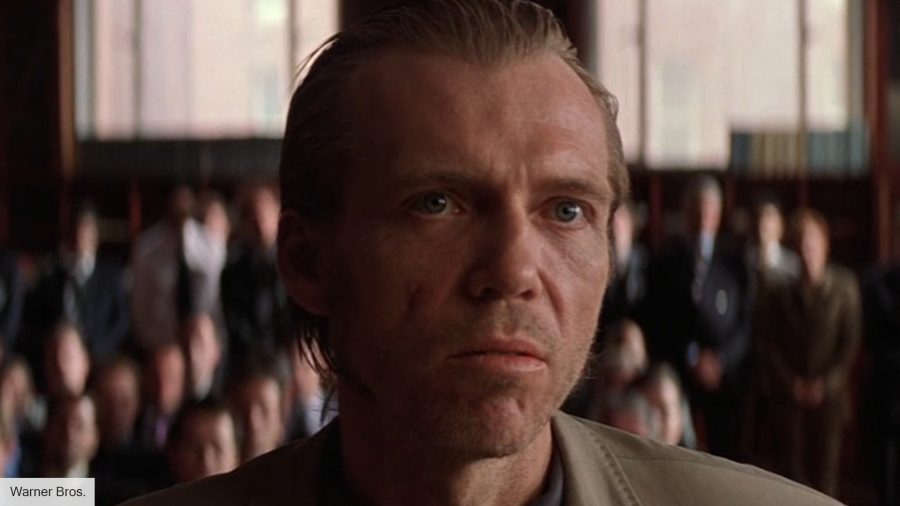 Sorry. But let’s face it, Joe Chill is the ultimate Batman villain. Without the desperate criminal, there wouldn’t be a caped crusader at all. Thomas and Martha Wayne’s murder has been depicted in film, TV, and animation that many times that we’re all just waiting for another slow-motion shot of Martha’s pearls falling to the floor in Matt Reeves’ The Batman.

But in all seriousness, Joe Chill is the personification of everything wrong with Gotham City. In Nolan’s Batman Begins, Richard Brake’s version of the mugger is a destitute man pushed to the point of desperation when he kills Bruce’s parents. No matter how much future filmmakers, writers, and artists remix Bats’ story, there always has to be a Joe Chill.