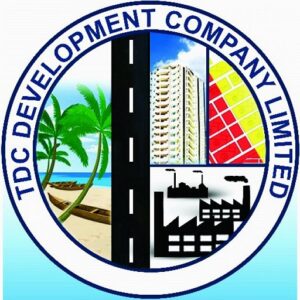 TDC Development Company Limited has been adjudged the overall best-performing State-Owned Enterprises (SOEs) in the 2020 Performance Evaluation Results for SOEs by the Ministry of Finance.

The report represented a 24 percent increase in coverage of the report from the 2019 edition which covered 106 entities.

Madam Alice Abena Ofori-Attah, TDC Managing Director announced the performance, contained in the report at a staff durbar in Tema organized to celebrate the victory and congratulate all workers for their selfless support towards the achievement.

Madam Ofori-Attah acknowledged the contribution of the workers and commended the staff for their collaboration.

She told the staff not to think that their contributions at work did not add any value to the company, but it was what made the company what it and brought them this far.

“All of us should contribute when we come to work because there is always a light at the end of the tunnel and somebody is watching us,” she added.

The TDC Managing Director expressed her excitement about the achievement because it was the best and biggest birthday gift as it came alongside the 70th birthday of the company.

Madam Ofori-Attah said that even though their salary cannot be compared to the other big companies that they managed to top, it should not stop them from working hard but motivate them because they would feel proud to be a worker at TDC because of its achievement.

“Do not come to work and say I don’t get paid enough for this work, so I am going to relax because challenging work pays,” she said.

She advised the workers who had a bad attitude toward work to put a stop to it and be part of the company and contribute in their small ways because they were not going to tolerate any laziness which would bring them down from the top.

“Laziness did not bring us here therefore we must work hard to maintain our position and I would not hesitate to put anyone out who is not doing TDC work because it would delay us and bring us down,” she cautioned.

She said, “the success of every company is the quality of employees they have and if the quality sucks, there was no success in such a company.”

Madam Ofori-Attah cautioned workers whose actions, deeds, and mischief created image problems for the company to stop; “as they cannot risk the brand identity TDC has built over the past 70 years”.

She pleaded with staff to go all out and put the company first which means they were putting Ghana first so that they can achieve greater things together.