Barcelona have approached Ousmane Dembele about a new contract despite trying to force him out in January.

The club initiated contact with the 24-year-old’s representatives Moussa Sissoko and Marco Lichtsteiner on Tuesday to propose reopening negotiations.

They have agreed to listen to Barcelona’s offer with talks expected to take place in the coming weeks.

It marks a significant turnaround after Barcelona tried to force the France winger out in January amid a stalemate over an offer that included a significant pay-cut, and was made at the same time the club were signing Ferran Torres from Manchester City. 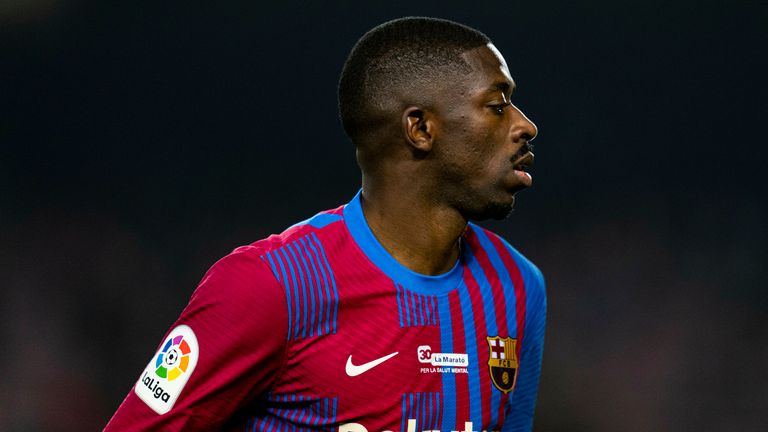 Gary Cotterill reports that Ousmane Dembele is set to stay at Barcelona despite late interest from Chelsea.

But Dembele is now enjoying his football again under Xavi and registering some of the best attacking stats in Europe. He has the best assists-per-minute ratio in the top-five leagues this season, the most assists in Europe since the turn of the year, and the second-most in La Liga all season.

Barcelona vice-president Rafa Yuste said last week that “if Dembele continues to feel comfortable, then we can meet his agents and he could stay”, with his current deal expiring on June 30.

Barcelona are hoping a strong relationship with Raphinha’s agent Deco – their former player – will help persuade him to join them over Premier League clubs.

President Joan Laporta, in an interview with Catalan radio station RAC1 on Tuesday, confirmed the reports by Sky Sports News regarding the club’s rapport with Deco and their interest in the Leeds winger.

Laporta said: “Raphinha is a great player. We have good reports of him. Deco (his agent) has his work and gives us details so that we don’t make mistakes. And in some cases it has helped us a lot.”

Talks have been ongoing between Leeds and Raphinha over a new contract since last year, but he is yet to sign the terms on offer.

There was significant interest in him from other Premier League teams in January but a move did not materialise.

His future is expected to be back on the agenda again at the end of the season regardless of whether Leeds stay up or go down. 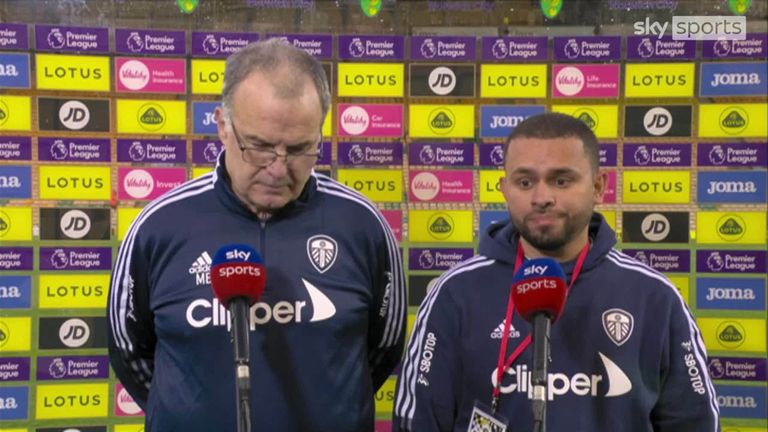 Marcelo Bielsa felt Leeds’ 2-1 win against Norwich was deserved and praised Raphinha for his special quality which was highlighted with his goal at Carrow Road.

Raphinha’s current deal runs until 2024 so Barcelona would have to pay a transfer fee to land him.

They do expect to have a limited pool of cash available to them for some purchases this summer, and hope it will be topped up by player sales, after their serious financial plight was eased somewhat by a new sponsorship deal with Spotify.

Barcelona hope Raphinha’s valuation reduces if Leeds are relegated, with Jesse Marsch’s side deep in the fight, seven points clear of the drop-zone with eight games left, but having played at least a game more than those below them.

Barcelona will mostly target free transfers this summer, and Sky Sports News has already reported their interest in signing Chelsea duo Andreas Christensen and Cesar Azpilicueta – both set to be free agents in the summer.

Barcelona have already agreed a pre-contract with Ivory Coast midfielder Franck Kessie to join them from AC Milan, and have recently registered their interest in Paulo Dybala now that he has decided not to renew his contract at Juventus. 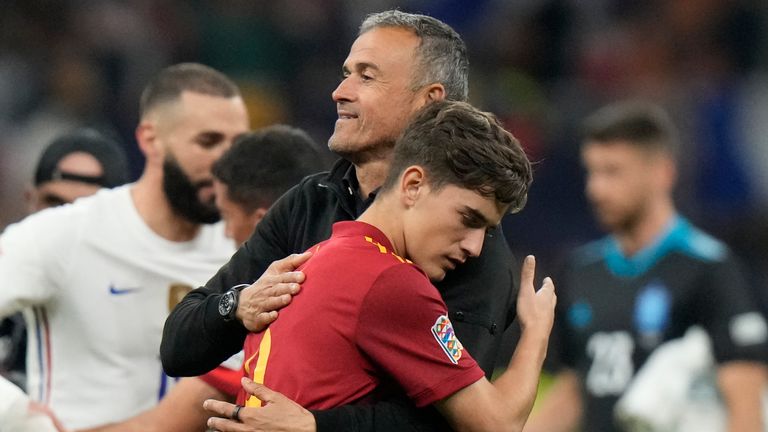 Premier League clubs are also said to be monitoring the contract disputes ongoing between Barcelona and breakthrough talent Ronald Araujo and Gavi.

Centre-back Araujo’s current deal expires in 2024 and he is currently one of the lowest-paid players in the squad despite establishing himself as first-choice alongside Gerard Pique this season.

Barcelona are said to have made a final ‘take-it-or-leave-it’ offer to the 23-year-old, which would triple his current B-team-level salary, but sources in Spain have told Sky Sports News that Premier League clubs would be willing him pay him more.

The 17-year-old midfielder sensation Gavi finds himself in a similar situation, with just over two years left on his youth terms, and in disagreement over his first pro-deal at the club.

Barcelona are said to value him as an academy graduate that has recently broken into the first-team, but the player feels he should on par with Spain international regulars, which he has become since making his debut for Luis Enrique’s vibrant young team last October.

Gavi’s situation is also said to be being monitored closely by big clubs across Europe, including from the Premier League, although Liverpool are understood to have no plans to sign him despite reports in Spain that they are interested.

Barcelona vice-president Yuste said this week: “We are working to the best of our abilities to keep Gavi and Araujo at the club. I am optimistic. The players are happy here.”