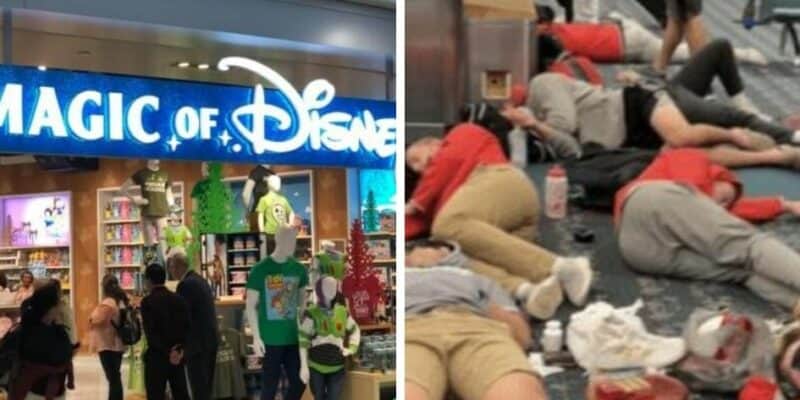 It seems that some Disney World Guests may have experienced quite the hiccup in their vacation today.

As the world begins to bounce back from the pandemic, we are starting to see travel pick up dramatically, especially in regard to Disney World. Crowds have picked up at Magic Kingdom, EPCOT, Disney’s Animal Kingdom, and Disney’s Hollywood Studios, and so have wait times. Even the new “line-skipping” service Disney Genie+ which comes at a $15.00 per-person price is only said to allow Guests to skip 2-3 attraction lines which is likely an indicator of how many people are using the system. And if you do not have Lightning Lane access for an attraction, get ready to wait in some long lines, as we have seen attractions such as Rise of the Resistance climb to five hours over the past couple of weeks.

Disney Park Pass reservations are also flying off the My Disney Experience app, making it impossible for some to even visit the Parks if they do not plan ahead of time. We do want to note that recently, Disney CFO Christine McCarthy stated that Park’s capacity would never return to normal as they are “managing things differently now”.

With this demand, we have also seen a large influx of Disney Guests utilizing the Orlando International Airport (MCO). Although MCO is a great tool for travelers looking to experience the magic of Disney World, it seems that today, the airport may have been more of a hassle then an asset for Guests.

The Orlando Sentinel has reported that “Southwest Airlines has canceled 72 flights inbound and 43 outbound flights Sunday at Orlando International Airport.” It seems that due to technical issues and weather, Southwest announced that they were “experiencing flight disruptions across our network”.

During spring break, which will last through to mid-April in America, over 7 million passengers are expected to pass through Orlando International Airport, so one can imagine how canceling 115 flights in one day may ruin quite a few Disney World vacations. Plus, it seems that the cancelations did not begin today.

The Orlando Sentinel contained to note that just yesterday, multiple flights were canceled as well.

Southwest Airlines canceled 520 or 14 percent of its flights, according to FlightAware. That resulted in 189 departures and 154 arrivals canceled at Orlando, which led the nation in both categories. The 189 outbound flights canceled was 30 percent of the airport’s scheduled departures.

It seems that Monday’s flight schedule for Southwest has returned to normal, which is great news for all Guests traveling into (or out of) Orlando!

Have you ever had a flight canceled during a Disney vacation? Let us know in the comments below.